ChilePork lands in the Philippines, a brand new market for Chilean pork and poultry

The milestone was celebrated in person in the Asian country as part of the market diversification strategy of the Chilean pork and poultry exporting industry. The Philippines is expected to become one of the primary destinations for both Chilean products. After extensive public-private efforts, the ChilePork brand was officially launched in the Philippines. The brand, […] 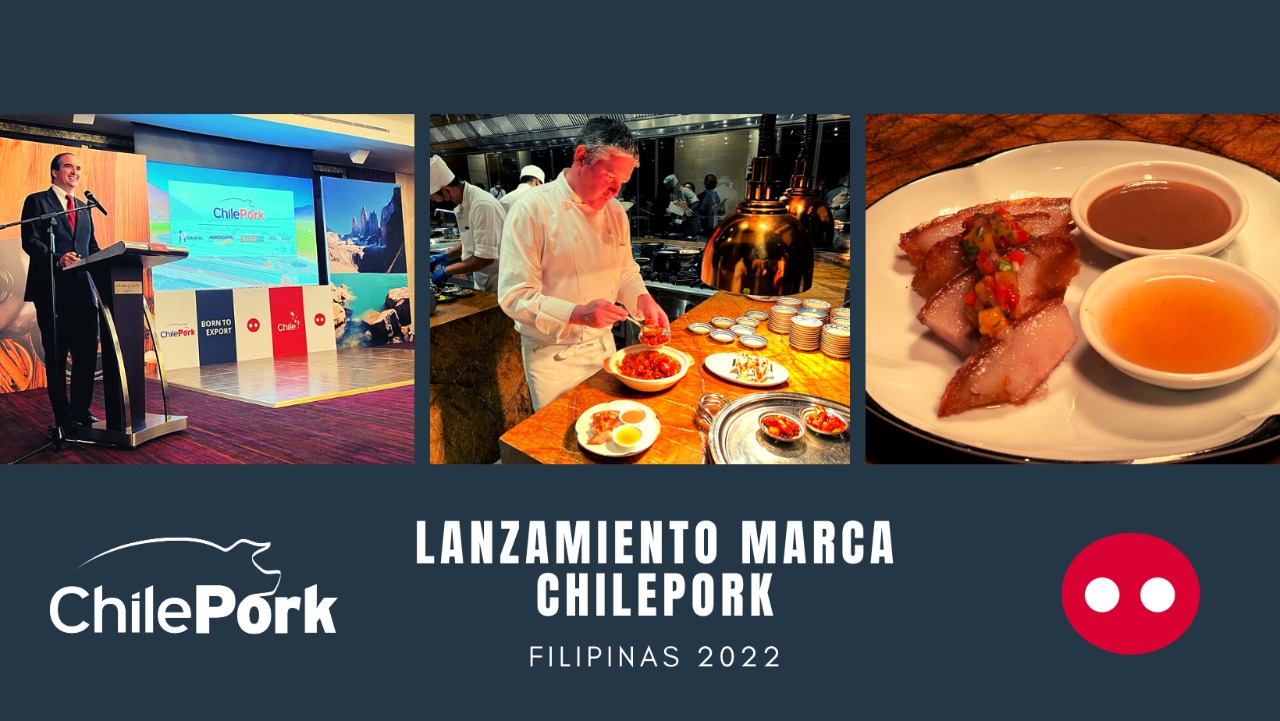 The milestone was celebrated in person in the Asian country as part of the market diversification strategy of the Chilean pork and poultry exporting industry. The Philippines is expected to become one of the primary destinations for both Chilean products.

After extensive public-private efforts, the ChilePork brand was officially launched in the Philippines. The brand, which is already recognized in other countries is promoted by ChileCarne and supported by ProChile, the Chilean Exports Promotion Bureau.

The launch included formal meetings between ChilePork’s representatives and local officials and importers, as well as culinary demonstrations and tastings featuring Chilean pork, and networking events. It should be noted that the Philippines currently imports mainly pork ham and shoulder hock, and demand for other cuts is expected to increase in the future. In the case of chicken, the most imported products are wings and breast. For 2023, it is expected for more than 5,000 tons of pork and 15,000 tons of chicken to be shipped to this market, which would represent around 20 million USD in exports.

After the launch event, which brought together numerous officials, more than 40 importers, chefs and other representatives of the local market, the Chilean Ambassador to the Philippines highlighted that: “This is a unique and crucial opportunity for Chile’s exportable offer to grow in the Philippines. The flawless ChilePork launch event is a positive and relevant milestone in Chile’s market opening, but also in the consolidation of our white meat offer in the Philippines. It is very attractive in terms of market size, but it can also serve as an associate exercise to think about other markets of interest in the region.”

The Philippines is a key market for both pork and poultry from Chile. In 2023, the opening of the Vietnamese market is expected for these products and work is already underway to obtain authorization for the Indonesian market. Juan Carlos Domínguez, President of ChileCarne pointed out: “The opening of the Filipino market for Chilean pork took more than eight years of intense coordinated work between the public and private sectors. With the launching of ChilePork in the Philippines we intend to replicate what we have already done in Japan, South Korea, and China, where Chile has been able to gain market share and build a reputation for the quality and safety of its pork, as well as the high standards of biosecurity and sustainability followed in its production. The Philippines is a market with high pork consumption and a population over 110 million people, which makes it a very interesting destination for our products.”

According to Interporc’s report, pork is very popular among the Filipino population and represents their main source of protein (around 60%), well above chicken and beef. Per capita pork consumption in the Philippines has been growing steadily, going from 14.4 kilos a year in 2010 to 18.5 kilos in 2018. However, given the strong impact of the ASF epidemic and the consequent increase in prices, average consumption fell to 12.2 kilos year in 2019/2020, a figure that should be around 14.4 kilos per capita for 2021.